West Bengal, with a population of nearly 91 million, is the fourth most populous state in India which is spread over nearly 89,000 square kilometers. Bangladesh and Tripura, in combination with West Bengal, are said to form the ethno-linguistic region (i.e. based upon ethnicity and local language) which is popularly known as Bengal. The state shares it borders with the neighboring states of Odisha, Bihar, Assam, Sikkim, Jharkhand and has international borders with Bangladesh, Nepal and Bhutan.

West Bengal was the epicenter of a number of nationalist movements which had struck at the heart of the British Empire in the pre – independence days, and the state is thus steeped in historical heritage. West Bengal was also home to a democratically elected Communist government in the years between 1977 and 2011, following which Mamata Banerjee’s All India Trinamool Congress Party took over. In this article, we shall take a look at the salient features and some of the important details pertaining to the administration of West Bengal.

According to the provisions of the Indian Constitution, West Bengal follows the parliamentary representative style of democracy, which is common to both the Centre and states in the Indian democracy. Let us consider the administrative machinery in the state, by highlighting the legislature, executive and judiciary separately.

The West Bengal Legislative Assembly came into existence in 1862, five years after the Sepoy Mutinty, to act as the legislative organ for the Bengal Presidency. This Presidency of the British era became a part of the Republic of India, in 1950, by the name of West Bengal.

Featuring a unicameral legislature (i.e. consisting of only one house, instead of two), the state’s legislative organ is the West Bengal Legislative Assembly. It consists of 295 MLAs, elected by the people of the state via direct elections which are held once in five years (except under exceptional circumstances). Out of the 295 elected members of the Assembly, 1 belongs to the Anglo Indian community and is nominated by the Governor of the state, while the other 294 are directly elected from their respective constituencies. At present, the 15th Legislative Assembly is functional in West Bengal and the important dignitaries featuring in it are as follows –


Even though the nominal (titular) head of the state is the Governor, who is elected by the President of India, the collective decision making body that is vested with the real executive powers is the Council of Ministers, headed and guided by the Chief Minister. The Chief Minister, Mamata Banerjee, heads this Council which is collectively responsible to the Legislative Assembly for its policies and actions. The functioning of the Vidhan Sabha (as the Assembly is popularly known as) is more or less similar to the way the Indian Parliament functions, which is strictly according to the rules and regulations enshrined in the Constitution. At present, West Bengal contributes a total of 42 members to the Lok Sabha (Lower House) and 16 to the Rajya Sabha (Upper House).
The prominent Ministers in the Council are as follows – 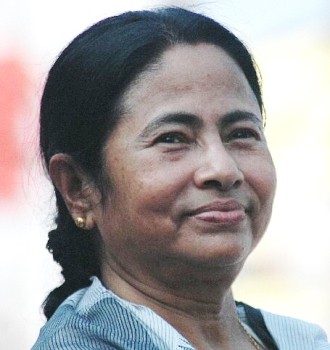 The Indian Constitution provides for an integrated system of judiciary, which means that there are no separate provisions for the judiciary at the state and Central level. The Supreme Court has the ultimate authority over all matters pertaining to the nation. The Calcutta High Court is the highest judicial forum in the state of West Bengal. Besides West Bengal, the Calcutta High Court also enjoys jurisdiction over the Andaman and Nicobar Islands, through its Circuit Bench, which constitute a separate Union Territory. The Court was established in 1862 during the British era. Presently, Mrs. Manjulla Chellur serves as the Chief Justice of the Calcutta High Court and is assisted by a sanctioned strength of 63 judges. The design of the imposing building of the Court was prepared by Sir Walter Granville.

Administration at the local level – Subdivisions in West Bengal

The districts of West Bengal are as follows –

West Bengal is subdivided into 19 districts, with North 24 Parganas as the most populous and Dakshin Dinajpur as the most sparsely populated ones.

While Sub Divisional Magistrates act as administrative authorities in Sub Divisions, the Blocks are headed BDOs (Block Development Officers). Panchayats are the institutions of local or grassroots governance which cater to the needs and aspirations of the vast rural population of the state. The urban local institutions are known as Municipal Corporations, which are headed by Mayors.

The two main organs of the police administration in the state Bengal are Kolkata Police and West Bengal Police. While the former is allotted the task of maintaining the law and order situation in the metropolitan city of Kolkata, the latter is in charge of the rest of the 18 districts in the state.

Kolkata Police
With its headquarters in Lalbazar Street in Kolkata, this branch of the state police was formed in 1856 and was entrusted with the law and order situation of the capital city of the state by the Calcutta Police Act, 1866 and Calcutta Suburban Police Act, 1866. The police force has a strength of nearly 29,000 personnel, who are present in 8 divisions and 69 police stations across the city. The Commissioner is the highest authority in all matters pertaining to the matters in Kolkata Police Department. 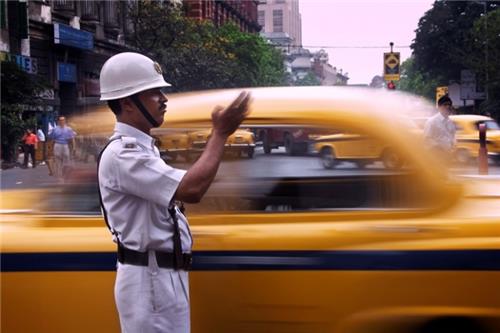 This police division in West Bengal had come up before the Kolkata Police, via the Police Act, 1861 shortly after the Revolt of 1857, which had convinced the British authorities of the need to maintain an efficient police force to oversee the law and order in the state, which was spiraling out of control at that point of time.